Alpine Communications believes connected communities become thriving communities.  We are locally operated from our office in Elkader, however, we have central offices in each of our exchanges. We are rooted in some of the earliest communications technologies in Iowa and the Midwest. Since 1997, we have served the Iowa communities of Elgin, Elkader, Garnavillo, Giard, Garber, Elkport, Guttenberg, Millville, Marquette, McGregor, Osterdock, Littleport and the surrounding rural areas.  We are deeply dedicated to giving back to the communities we serve. A large number of our employees volunteer their time and talents to charitable organizations and community events in this area. As a corporate citizen, Alpine Communications also makes monetary and in-kind donations to local groups, and we offer educational opportunities to our customers.  To date, Alpine Communications has granted $100,000 to non-profit organizations. 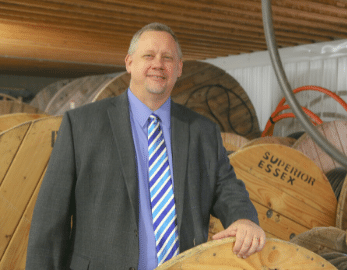 "Well, we just got the service today... and so far we are liking it. It seems very clear picture and many options for the essential package. So far so good! :)"